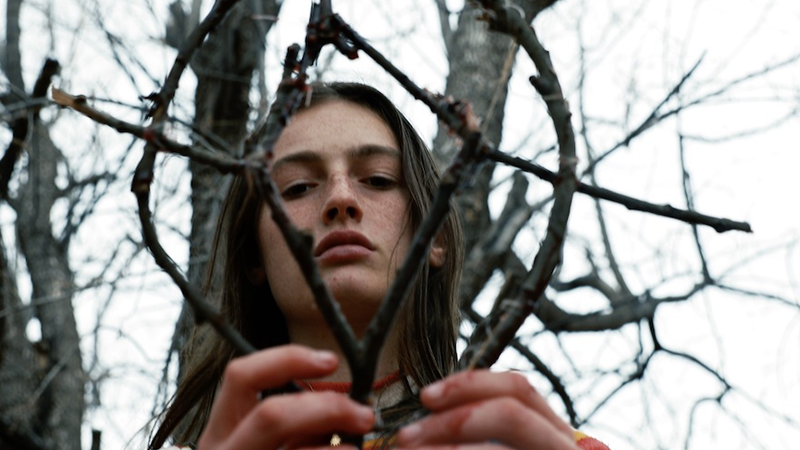 Generally, when you think of families that get famous together, they’re musicians (the Jacksons, the Bee Gees, the Jonas Brothers, or hell, even the Osmonds), or they’re famously lacking in talent and just look good on camera (no references required). The Adams family – consisting of dad, John Adams, mom, Toby Poser, and their daughters, Zelda and Lulu Adams – do something different. They make horror movies. And sure, that’s a little weird, but when you watch a movie like their previous one, The Deeper You Dig, the fact that you know they’re family makes the entire experience that much more disturbing (spoiler alert: real world family members fictionally kill each other on screen).

With many famous families, at least one member decides to break out and try things on their own. If that happens with the Adams family, it will no doubt be daughter Zelda. She’s required to handle significant portions of this movie on her own and does well. I can’t say the same for the other half of this mother/daughter movie, as I’m not too fond of Toby Poser’s acting. C’est la vie. Still, Poser is effectively creepy, so her role in Hellbender is well-served in that respect.

Hellbender is a slow burn, far too slow for my tastes, and its home grown roots are apparent far too often (especially in the thankfully brief scenes featuring Lulu Adams, who doesn’t carry nearly the weight on screen as her sister). Special effects are used sparingly, and some are effective, though not the ones that look like they’re stock elements from AfterEffects. The multiple mom/daughter punk band scenes are excessive, and even the first one seems hard to believe. Most of the budget seems to have been spent on fake blood and an oft-used drone camera (with Zelda listed in the credits as drone operator).

As a drummer, I like the fact that every home in this movie seems to come with a kit, but I take issue with the moment where one set of drums – left outside by a pool near an always-rainy forest – is claimed to be “vintage.” Even if you know nothing about drums, you wouldn’t leave yours outside, would you?

My main gripe with Hellbender is that it seems like it’s going nowhere for far too long. When other people appear in the mother/daughter’s insular world, they quickly disappear, and not always violently like you’d expect in a horror movie. Please tell me what the park ranger scene added to this film. Even when Zelda’s supposedly naive character, Izzy, has major revelations, she seems to take them far too much in stride. Hellbender burns through most of its runtime to finally get to the point of everything, and while I’ll admit I liked much of the final act, the preceding bulk of the film was longer than necessary.

Once more, the Adams family inflicts bodily harm upon each other throughout the movie, and yep, that’s still disturbing in a very meta sort of way. The problem is that it isn’t very good in a movie sort of way.

In its final moments, Hellbender burns up all its previously-unused budget with a few interesting effects, but even the tension of its last scenes seems subdued.

Overall, I liked the mythology they created with this film, and I think the premise of dropping it into a modern setting was a good starting point, but it was just too slow for me to sink my teeth into, pun definitely intended.

Written, directed by, and starring the Adams family