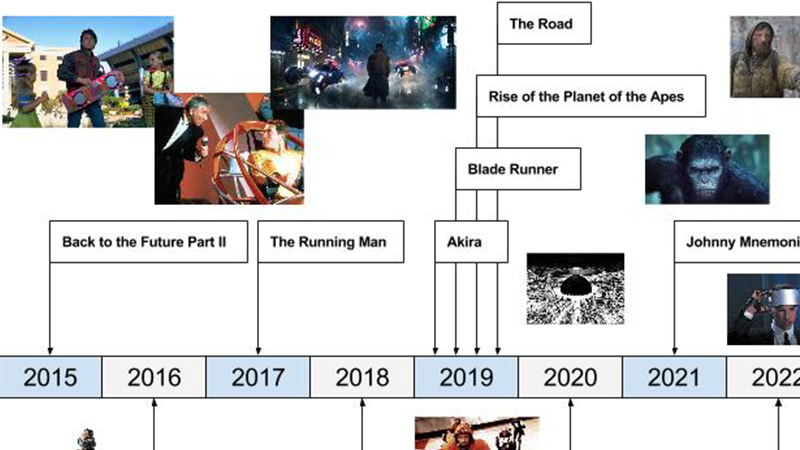 Today is “Back to the Future” Day, because this is the day that was set on the time-traveling Delorean’s clock to take Marty McFly to the future in 1989’s Back to the Future Part II. But is that all Hollywood has to say about the state of our next few years? Hardly.

Get ready. There’s bad news ahead. Forget hoverboards and start looking out for the following:

Back to the Future Part II

Akira, Blade Runner, Rise of the Planet of the Apes, The Road

This is the year when all hell breaks loose. Feel fortunate if you make it to 2020.

X-Men: Days of Future Past

Dawn of the Planet of the Apes