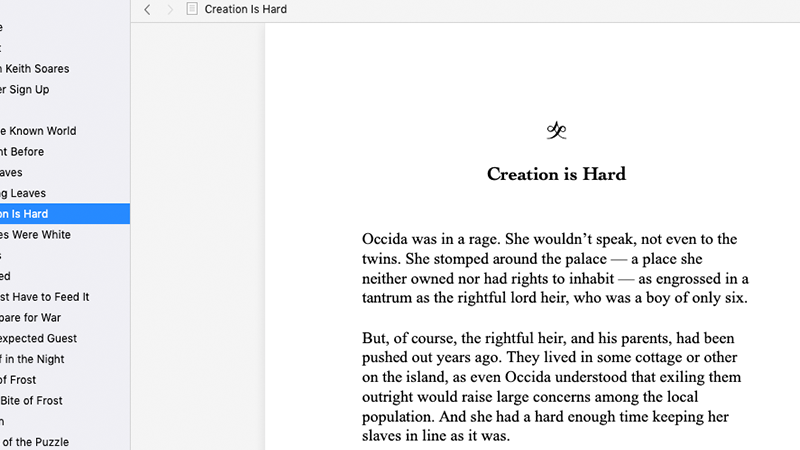 * Your mileage may vary.

From November 10 through December 31 of last year, I challenged myself to write at least 1,000 words each day – a goal of 52,000 words over that span. My end total, on New Year’s Eve, was 51,249, which is extremely close, given my discoveries throughout the process. Along the way, it was a joy and it was a slog; it was an unwavering taskmaster and an incredible productivity tool; an amazing release of creativity and a series of difficult mental challenges.

Here’s what I found out:

So, what now? It’s a new year, and often that means resolutions. I won’t go there, but instead, I will challenge myself to a new, revised goal:

Yep, that’s the new plan. It keeps the idea of 1,000 words a day, but it gives me 2 days off per week to think and breathe and generally live. And, it gives me two weeks where I can just do nothing. I fully expect I will blather on about the pros and cons of this experience in a year, too, but for now, that’s the plan.

Best of all… if you read my last blog post talking about how a writer’s first million words are just practice, well, adding 250,000 words to my overall total by the end of 2019 will mean that finally, finally, I will be done practicing and ready to write come New Year’s Day 2020. That’ll make for an interesting future, I think.