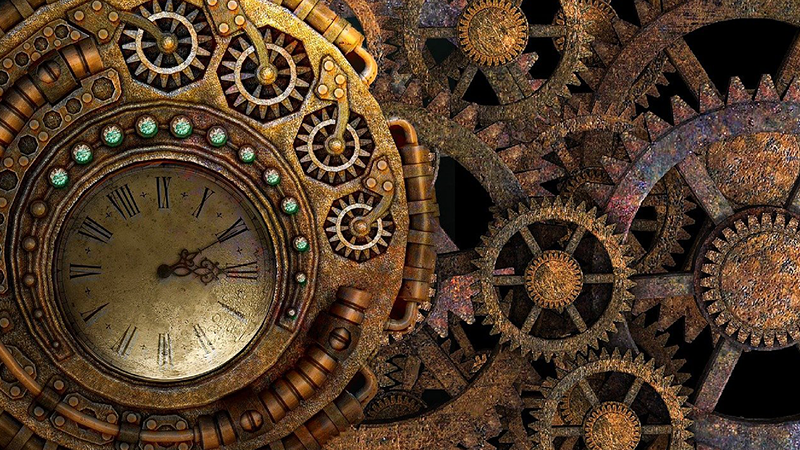 Because the world was unjust.

That’s why he created the machine.

“Will you help me build it?” he asked his son.

“I don’t understand any of it.”

“But you agree we need it?”

“Of course. Our leaders lie to us, they only want to make themselves seem greater. They try to divide us, not unite us, to maintain their power.”

“And the people who should protect us too often only protect themselves. Especially when one of their kind does something terrible.”

“Yes, that too. The machine will fix all of that.”

“But, father, there are other problems. Our climate is changing. Won’t your machine make that worse?”

“No. The heat of the world itself powers it, and the machine will change things. Make them better.”

“What will it do?” the son asked. He followed his father to their garage where the machine sat unfinished, a boxy thing no bigger than the car that used to fill this space.

“Once the machine is turned on, fossil fuels won’t burn anymore. It will force the world to use renewable energy sources. Once it’s on, people won’t be able to say angry words. Their voice will be silenced. They won’t be able to harm one another. Their muscles won’t work to perform those acts. People’s minds will be made to forget ideas of cruelty and hatred. Any terrible thoughts will simply disappear. Things will be as they should be. As they always should have been.”

“How can one machine do all that?”

“But it just looks like a metal box, wires.”

“It is right now. It doesn’t have its brain yet. That’s why I need your help.”

“I told you. I don’t understand any of this. I don’t know how it works, so I can’t help you. Not really.”

“You can,” the father said. “I’ll tell you exactly what to do. I’ll get inside the machine, and when I’m ready, you’ll turn it on.”

“Son, you yourself said we need this. The world needs this.”

“I’ll still be here. Just in the machine. My brain will be its brain, saving the world from itself.” The father climbed into the machine and carefully connected himself to it. “I’m ready now. Turn it on.”

The son started to cry, but he knew his father was right. The world had to change. Had to be made better. He turned on the machine.

It took a few seconds, but only a few. Out on the street, the son heard a car sputter and die. He looked at his father, trapped in the machine, but the sadness vanished from his mind. He wiped the tears from his cheeks and walked away, leaving his father forever forgotten and alone.

Because the world was unjust.