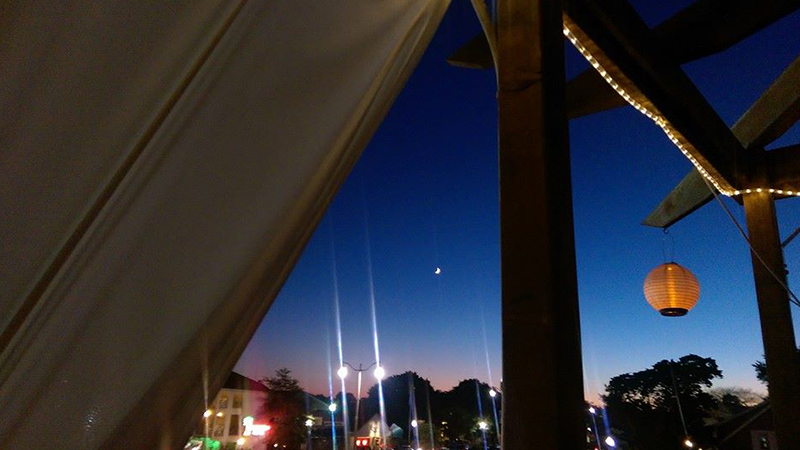 Oh, hello Friend! I didn’t see you there. Please, come and have a seat by the fire.

What have I been up to recently? Well, isn’t that sweet of you to ask. It’s been a lot of things. Here goes.

Uh oh. The Earth revolved around the Sun again. You know what that means… I have arbitrarily been upgraded to another age. But, when one does such things, one should do them as stupidly as possible. So I chose the Maryland Renaissance Festival.

I’m a science fiction writer. You didn’t expect something less nerdy, did you?

So we RenFaired. Or RenFested. (hold internal nerd debate here) But I should mention something… I’ve been going to the Maryland Renaissance Festival FOREVER. And by forever, I mean ‘less than three decades in the cosmic sense.’ But come on, humans! That’s a long time, right? I think so.

I remember being a delinquent teenager and sneaking onto the grounds in the winter. Same buildings and such, but no people. And it was cold. And very dark. We walked around until we saw the off-season caretaker, then we ran like a bunch of scared wimps. Which I suppose we were.

Anyway, my birthday celebration there was quite fun, and an amazing 32 friends and family joined us for the day. That’s a lot of steak(s) on a stake(s).

One sad note… I heard the RenFair may be moving, as soon as next year. I won’t know what to think, where to go, what to do, if the RenFair is not in that same familiar spot.

My wonderful wife and I celebrated our 16th wedding anniversary with a trip to the beach (sans kids). On the way, we stopped for gas and I noticed that there were sun dogs in the sky. I think it may be the first time I’ve ever noticed sun dogs (my photo at right).

Makes me think of the Rush song, “Chain Lightning,” which says:

Thankfully for me, that ‘(an)other pair of eyes’ is my wife of now 16 years. I am grateful for so many years of sharing the wonder with her.

At the beach, we celebrated our anniversary on a perfect night as the moon shone and hardly a cloud appeared. We may or may not have spotted a pterodactyl. More to come on that subject, from south Texas (which is not where we were). On a tangent, has anyone noticed that book title, Angel of the Borderlands, lurking in my sidebar…?

Couldn’t ask for a more pleasant and lovely setting for this wonderful occasion.

What else have I been up to?

Oh, there is this one thing. It’s called For I Could Lift My Finger and Black Out the Sun. It progresses quite nicely. It’s a fun and suspenseful tale, of a regular boy who gains irregular power. I am hopeful you’ll like it, Friend, but of course you will decide for yourself.

I know. I wish the book was complete and out now, but it isn’t. That’s all in an effort to make it as good as possible.

Just today I noticed this rather unexpected review of The Oasis of Filth – The Complete Series: “I applaud the author for writing a virtually error free series. How refreshing.” I’ve tried — and God knows the esteemed editor Christopher Durso has tried — to make my work as devoid of errors as possible. To hear that in a review is unexpected and nice.

Sign up for my email newsletter (if you’re on my site, top right of any page). I plan to release the prologue of For I Could Lift My Finger and Black Out the Sun as soon as the book is slated for release.