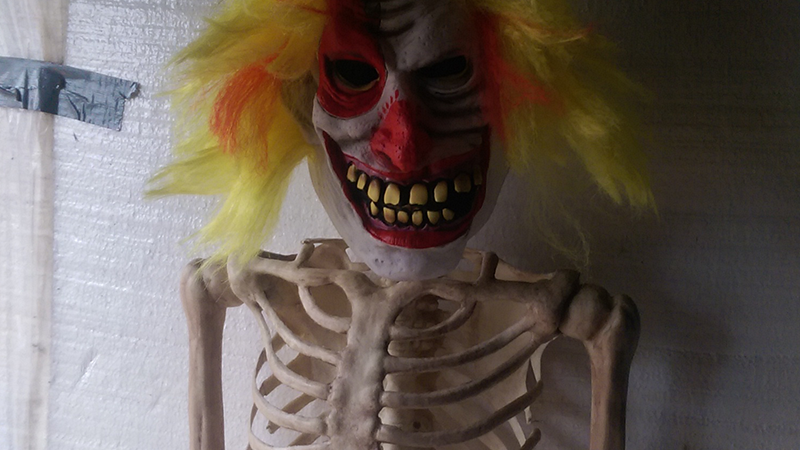 Every Halloween, there are three major events: the annual C/D Halloween house party, Spooky Bean Halloween – the haunted maze and graveyard I host, and Halloween itself.

The party, hosted by my friend and editor Christopher Durso, was its usual zany success, with all sorts of wacky costumes. My wife and I went as Dolly Parton and Kenny Rogers, singing the duet ‘Islands in the Stream’ for our grand entrance. While my costume consisted of nothing more than a black suit and a guitar, I did spend more than two weeks growing a full beard for the Kenny Rogers look. I think that counts for effort. I am relatively certain my Uber rating took a serious hit when I played guitar for the entire ride home, with my wife and friends singing along. We don’t need no stinkin’ radio.

The very next day, I woke up and immediately shaved the damned Kenny beard off. That was a relief. It was driving me mad with itchiness. And besides, the next day was also Spooky Bean Halloween. This year’s theme was the most terrifying of them all: scary clowns. Some adults refused to enter. But it was also our biggest success – the event raises money for The Leukemia & Lymphoma Society, and this year pulled in more than $1,100. My role is to man the front gate in some kind of zany character. Most years I am Dracula’s cousin, Count deBeans, complete with full length satin black cape. But this year, with the clown theme, I changed up and was the insane carnival barker of unknown name (perhaps he shares a name with the doc from Oasis…?). As usual, every kid wasn’t scared ‘at all’ yet still came back through the line three or four or five times. Kids…

And that leaves us with the last event. Halloween. Tonight.

My oldest daughter has, remarkably, been invited to go to the White House (yes, that White House – the perks of living in the DC metro area, I suppose), for trick or treating, and my youngest daughter wants to trick or treat with a group of friends. This leaves our house, potentially, empty. And I can’t have that.

I mean, for God’s sake, I have two big bags of candy to give out. And a full-size, posed skeleton. And a three-foot black widow spider in giant webbing. And a nearly six-foot-tall Headless Horseman. And a strobe light. And two fog machines. Two.

Citizens of my street: expect dense fog tonight, clearing after 11pm or so.

The only problem is, half the time the kids are too afraid to come to the door. Maybe I’ll wear a clown mask. Kids love clowns.