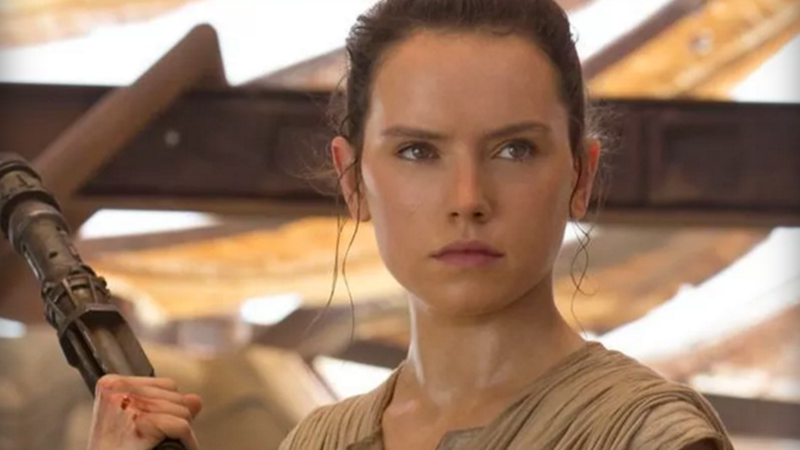 Two Star Wars posts in a row? My geek is showing. For the record, I had virtually every figure and toy when I was a kid, and even had my walls plastered with official Star Wars wallpaper. So don’t be surprised that I have gone full-nerd over the new movie.

Since everyone else seems to be trying to answer all of the unanswered questions from Star Wars: The Force Awakens, I figured I would post my theory about the great new main character, Rey.

This post contains spoilers about the movie, so run away if you don’t want to see such things.

The movie doesn’t clearly answer the question of who Rey is, although there are numerous clues. Most people seem to think she is either the daughter of Luke Skywalker, or of Han and Leia. But let’s come back to that. My first thought is this:

Rey is not her real name.

I thought it was awfully convenient, and potentially confusing, that the main good character in this movie was named Rey, while the main bad character was named Ren. Those names are awfully similar. So why would they do that? It isn’t like the producers, directors, and screenwriters were forced (no pun intended) to use those names.

Maybe they just liked the sound of the names. That’s possible. Or maybe it’s more.

We know that Luke was training Jedi apprentices. We know Kylo Ren — then just Ben Solo — was among them. And we know he went bad and probably killed a bunch of people, a la Anakin in the horrid prequels. We also know that Kylo Ren is a name Ben Solo adopts as part of the Knights of Ren, the group of baddies seen in flashback as responsible for killing all those Jedi apprentices.

We also know that Kylo Ren is a huge Darth Vader fan. So why not adopt the name Darth Kylo instead (I mean, a reason other than how goofy that sounds)? That seems more logical. Or… perhaps Darth and Ren mean about the same thing… something like dark. To indicate the dark side of the force.

Could it be possible that the opposite of the word ‘ren’ (dark) is ‘rey’ (light)? It’s certainly convenient that rey sounds like ray, as in ray of light. For a universe that includes General Grievous (grievous, adj. 1. causing grief and great sorrow; 2. causing great pain or suffering.) and Darth Sidious (insidious, adj. 1. intended to entrap or beguile; 2. stealthily treacherous or deceitful.), it would not be much of a stretch for ‘rey’ to mean ‘light.’

So if Kylo is a Knight of Ren (dark), could there also have been Knights of Rey (light)? Perhaps two factions appeared within the ranks of Luke’s students. And they fought, and the dark won, and the last remaining Knight of Rey was placed in hiding, for her own protection.

Maybe Rey’s real name is an homage to another character, much as Ben Solo comes from Ben Kenobi. If that’s true, there would need to be another important female character for Rey to be named after. And if she is Luke’s daughter, maybe he names her after the most important female in his life — his sister. Then again, things might get really confusing if her real name is Leia Skywalker. So maybe she’s just Beru Skywalker after all.

Would you please pass the blue milk while you think?