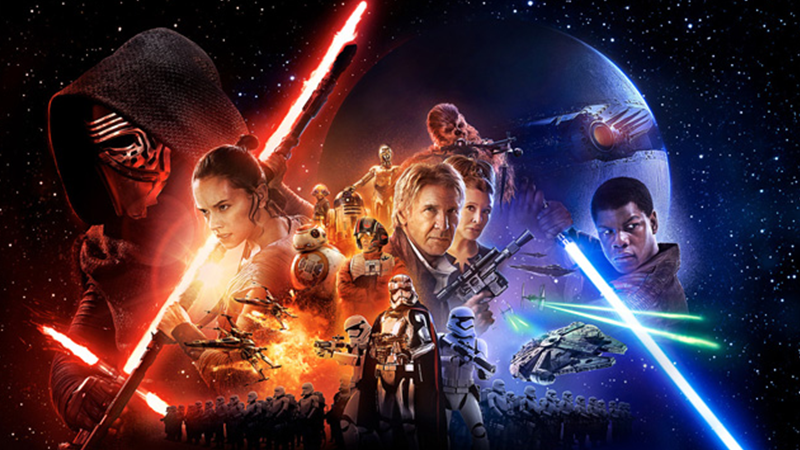 In March of 2014, I wrote a post here called ‘Spoiler-Proof,’ about how I actually don’t mind spoilers. Even knowing what’s going to happen, I like to appreciate how it happens, if done well. So, of course, I had to learn all the spoilers in advance of seeing the new Star Wars.

I have tickets to see the movie in 3 days. But I know the entire plot now. Yes, I know why that character was mysteriously absent from the promos. Yep, I know what happens to the other one we love so much. And who that new one really is.

But I am still soooo excited to see how they do it. It’s the journey that counts, especially when you know the destination. Think about the movie The Sixth Sense. That had an amazing plot twist. And if you were so inclined, it holds up to the scrutiny of a rewatch. But for me, that’s about the extent of it. Because the ending is a huge gimmick, and although clever, the rest of the movie is seriously tainted once you know the gimmick.

Or consider something as mundane as driving to work. You know the destination, and unless you are exceptionally lucky to drive through a national park or something, most likely the process of getting there isn’t that exciting. You may do it on autopilot and no longer notice the journey.

But when the journey itself is a joy, perhaps full of spectacle, or dialog, characters you have come to love, themes that resonate with you, a plot that makes you smile from its creativity even when you’ve memorized every zig and zag — then you really have something. Something worth seeing, reading, or listening to over and over.

When the original Star Wars came out, I was 9 years old. In one evening, I went from being reluctantly dragged to the theater to see some movie I’d never heard of to a lifelong fan. And once they were announced, I knew from the very beginning that the prequels had to be flawed. Before the first wooden scene of acting, something itched at me. And I knew what it was. The entire point of the prequels had a problem. See, with the original trilogy, a kid from nowhere turns out to be the son of the worst person in the universe, and yet he thinks he can redeem that bad guy (and does — sorry, SPOILER!). But with the prequels, the absolute best thing you could hope for, over the course of three long movies, was that the cute little kid you just met is going to TURN INTO the worst person in the universe. That’s seriously disappointing. For a universe built on a mythos of hope, it’s tragic that so much time was devoted to tell the story of failure and allowing evil to win.

Which brings me back to the new movie. Not specifically this one movie, but the new trilogy. What is the major theme and will the three-movie arc work? Having not seen the first film yet, but knowing what happens, I think it’s clear that the major theme is redemption. Most likely for two key characters. And, if correct, that means that I know what’s going to happen through about 6 cinematic hours and perhaps 5 years from now in real time.

And I still want to go on the journey.