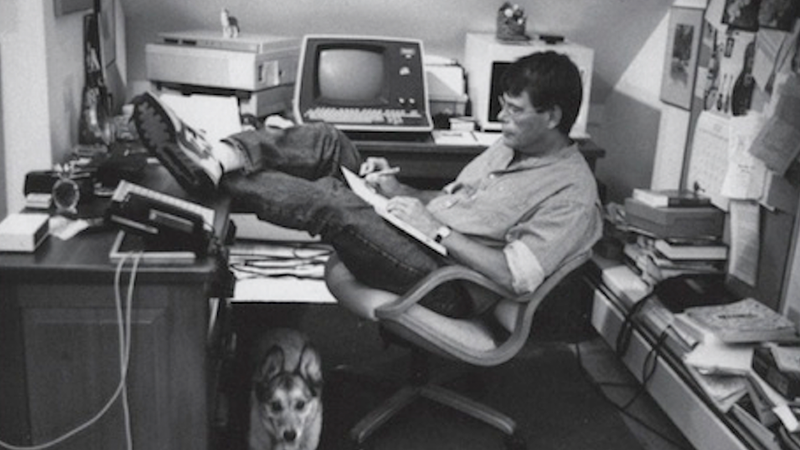 On Writing by Stephen King

I’ve been a lifelong fan of Stephen King, and although I knew about this book for many years, I never even considered picking it up. I was a huge fan of his fast-paced horror tales, so a non-fiction account on how to write? No, thanks. What could that possibly have to do with me?

Then in 2013, I released my first novel, The Oasis of Filth. While I know there are many, many years of refinement and practice needed in my future, some of the most rewarding comments I received were ones such as “it’s good — like ‘Stephen-King-good’!” Whenever you produce something creative and another person compares it — without prompting — to an idol, well, you’re pretty stoked.

Still, I hadn’t read On Writing. Hadn’t even thought about doing so. Until it floated by on some social media outlet… and I suddenly thought, hold on. That actually might be *useful* now. So I immediately picked it up and tore through it.

Though large sections of the book are autobiographical, and (of course) there are no magic bullets on how to become a bestselling author, the book is funny, fast-paced, and engaging while including useful insight. Stephen King’s thoughts on work process, inspiration, editing, and style are all completely relevant to my work, and as such have made an immediate impact on my works in progress. In fact, while I have gone through no such horrific event, King’s retelling of getting back in the saddle after his near-death car accident makes me think twice about the tiny frustrations my writing sometimes gives me.

The core tenets from this book are absolutely top of mind now as I write and rewrite. It was with great glee and a nod to the master that, soon after finishing this book, I deleted my first adverb.

Thanks, Stephen King. Not only for decades of engrossing tales, but also for the insight on how you do it. I’d put my odds of being the next Stephen King at two steps to the right of zero, but if I can soak up this insight and make better fiction from it, many thanks are in order.

At the very least, I’ll try to be more than just a voice quacking in the void.