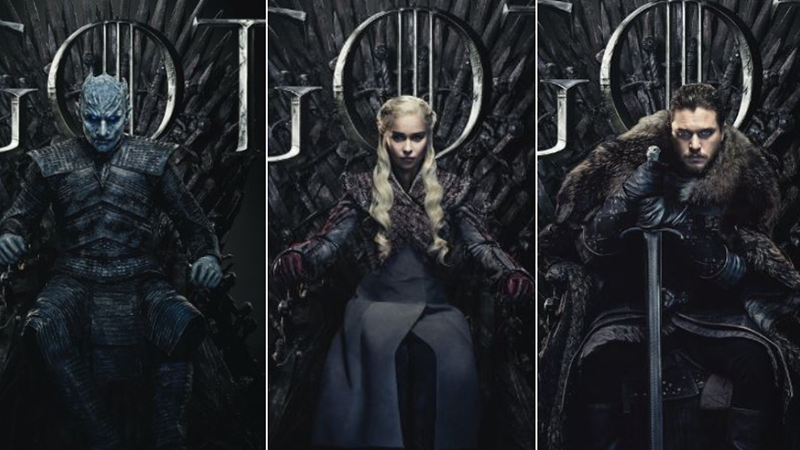 While it remains to be seen – possibly in the very distant future – how the HBO adaptation of Game of Thrones matches up with George R. R. Martin’s novels, the fact of the matter is that in just four weeks, the story will be over. Considering that I’ve read the books since their initial release in, what, 1996?, this is a big deal.

The first two episodes of the final season have been mostly free of action, as the characters generally gather together at Winterfell to await the Night’s King and the epic battle expected to ensue.

This post contains spoilers for the final season of GOT, through episode 2. The rest of the post is just me making up stuff.

Though we finally got some nice payoffs like Brienne being knighted and Arya deciding that life can be more than just revenge, the first two episodes were rather quiet. I’d like to hope that, seen together, they make for a great lead-in to the mayhem to come.

Game of Thrones is a massive story arc, with an almost ridiculous number of significant characters. Martin has already written more than 1.7 million words in the first five novels alone. (Who knows how many more words await us in novels six and seven?) It’s obviously been distilled for TV, but even so, there is a lot to wrap up in the remaining four episodes.

From an overall narrative arc, my guess would be that the final episode is a long goodbye. There are too many beloved characters to have some massive final battle end five minutes before the credits roll and feel rewarded at how things wrap up. Perhaps if the final episode runs exceptionally long, it will begin with the final conflict resolution before turning into that long goodbye, but I’d still expect quite a bit of air time for calm reflection, for whomever is left.

That leaves us with three episodes to resolve the fight with the Night King AND the fight with Cersei for the Iron Throne. Sure, those two fights might easily morph into one, but for now they are distinct things.

And now, on to my silly predictions, by character:

So that’s it – my completely wild suggestions on how it all ends. I’ll be watching the next few weeks to culminate a story I’ve loved for 20+ years. None of the above should be taken too seriously, unless of course I prove to be right. Then you heard it here first, haha.