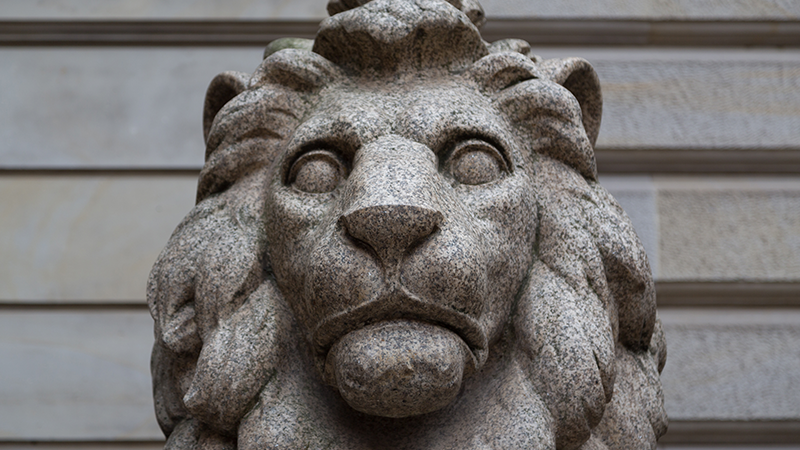 With my first John Black book complete (my second overall novel), I am finally making a rather large transition in style as I write novel number 3. My latest project is called White Fire and is a continuation of the story began in my short story ‘Black Fire’ from the collection called The Fingers of the Colossus.

My first novel, The Oasis of Filth, is told in first person, mostly by an unnamed protagonist. He’s a sixty-something ex-doctor who finds himself amid hordes of “zombies” (not really). And that book is post apocalyptic science fiction. Novel 2 is For I Could Lift My Finger and Black Out the Sun, also told in first person, this time by young John Black, a boy who discovers he has unnatural powers just as he is transitioning into his teen years. A sort of ‘growing up superpowered’ tale, and also science fiction.

And one more thing. Both of those books had an average chapter length of 1,000 words.

Now, with White Fire, things have changed, rather dramatically. First, it’s the story of Huldrych the would-be mage, and the only known person who produces white fire rather than black. He goes from outcast to hero to outcast to… who knows? But this is a fantasy novel, not science fiction. Huldrych uses magic. Not science-based (or even pseudo-science-based) magic. Just straight up magic. That’s different, for me. So I have a sort of mental sf-f transition going on. Plus, the story is told in third person (mostly limited). And, being in a totally different genre with a much different tone, the chapters didn’t feel right at 1,000 words. They were too short. They needed more depth, though I still couldn’t bring myself to inundate the reader (or myself) with anything excessive. So I went with an average of just 3,000 words per chapter.

But that’s a lot of change. First person to third person. Science fiction to fantasy. And 1k words to 3k.

I hope I don’t screw this up.

White Fire revolves around a conflict between Huldrych and a new character (she didn’t appear in the original short story). I already love this new character and hope you will, too. She’s driven, powerful, vengeful, and a little bit broken. Her name is Occida, and she shares one main connection with Huldrych: like him, she left the Atys Grand Conservatory in shame. But where Huldrych may sit back and sulk about it, Occida has other plans.

Here’s a brief snippet from White Fire, so you can begin to get to know her.

Occida was in a rage. She wouldn’t speak, not even to the twins. She stomped around the palace — a place she neither owned nor had rights to inhabit — as engrossed in a tantrum as the rightful lord heir, who was a boy of only six.

But, of course, the rightful heir, and his parents, had been pushed out years ago. They lived in some cottage or other on the land, as even Occida understood that exiling them outright would raise large concerns among the island’s native population. And she had a hard enough time keeping her slaves in line as it was.

From a high window, Occida overlooked the training grounds that spread out behind the palace. Arrayed on the brown fields were the few remaining Ku Suru, not armed or armored, but training nonetheless. She had ordered their leaders to drill them constantly, with the fewest possible breaks needed by their mortal bodies. She knew it was pointless. The Ku Suru could absorb color fire, even black fire. Hand-to-hand combat skills were hardly very important, especially considering the massive swords they carried to war.

For that is what it had become, to her: a war. It wasn’t supposed to be that way at all. It was supposed to have been a slaughter. Somehow her army had been thwarted, and she was livid. From the one Ku Suru who returned, she had heard the tale already more than a dozen times. A large man, bald. He alone had destroyed the army. Occida committed every detail, what few there were, to memory.

Quickly taking the stairs down, Occida had to struggle to hide her limp, the perpetual remains of an ancient injury. She passed two young female servants on the stairs, both of whom shrunk back against the wall and bowed deeply. Still, they may have seen her awkward gait, something she strove to disguise, and in her anger she nearly killed them where they stood. Instead, she straightened her back and forced the limp away, continuing downward. Occida could not bear the appearance of weakness. That she might actually be weak was beyond recognition. She would rebuild, learn from her bitter mistakes, and definitely, most definitely, make someone pay. Though it may be delayed, she would make certain that the words of her warriors came true: We will prevail.

As she rounded the last corner and stepped into the dank, dark, underground chambers of the lowest level — rooms formerly dominated by the lord’s wine cellars — she found Pallax. “Is everything prepared?” she barked, not wasting time with formalities. She smoothed the front of her dark blue dress, then touched at her hair to ensure it was still in place, straight lines of platinum arrayed within a delicate but complex mesh of gold and jewels atop her head.

“Yes, lady,” the filthy grey-haired man replied. Pallax was hunched and gnarled from years of hard labor, not the least of which were the tasks set upon him by Occida.

They didn’t speak again. Instead, Occida went about her job, gruesome as it was. Walking past Pallax, she went to the first chamber, its doorway open to the hall. Inside, she spied a familiar scene, a scene that she faintly recalled once finding horrific which had become nothing more than routine.

A baby, helpless and naked, lay on the floor of the chamber, wriggling and crying. For whatever reason, the process required a baby, not more than a few months old. Occida had tried it once with a grown man, and oh, did he shriek. When she was done, they had to terminate that one, for it was truly a monster. So she had learned to keep within the rules from the old book, always using a baby.

Beside the baby on the floor were the disconnected parts of several animals: the arm of a bear, the heart of an eagle, the changeable skin of a chameleon, and the blood of a lion. The blood, Occida thought, not for the first time, may be the most important. Which was why there was a lot of blood. A lion to kill a lion. Occida grinned a humorless grin, recalling the black lion’s head emblem of the Atys GC.

She closed her eyes momentarily. Not because what she was about to do caused her any pain or remorse, but rather because she recognized she was angry, and these things took care. The last thing she wanted to do was make a mistake and lose one. It was too hard to get all the necessary parts.

She began to work her new magic, which was truthfully a very old magic, one predating the mages she so desperately hated. A magic rediscovered in ancient texts.

The colors of fire flew from her and into the chamber, one at a time: green, yellow, red, purple, all in precise order, for precise amounts of time, culminating in black at the end. Occida felt it was like playing a song, each note in its place, held for just so long. But she wasn’t making music. She was making something new.

Though she hated to let on that the process took effort, she couldn’t avoid wiping many drops of perspiration from her brow before they fell onto her dress. If Pallax spoke of it to anyone, she’d have him beaten. But he knew that. He always kept quiet. Occida moved to the second chamber and repeated the process. Then the third. There were only three on this day, and she had waited nearly a month just for this opportunity.

Creation was hard. Creation took time and precision. The knowledge of what building blocks you needed and how to combine them. To her, it was a frustratingly slow process, despite how necessary it was. “Only three?” she asked, turning from the last chamber. Along the hall were twelve chambers, six on each side. Occida couldn’t remember the last time they had all been filled.

Pallax shuddered, expecting her disappointment, but knowing the next question would be worse. “Yes, lady. Apologies.”

Pallax swiped one greasy palm down the side of his neck, around to his chin, grimacing. “Likely a month.” He avoided eye contact with her, hearing her suck in air between her teeth in frustration. “And only two.”

Occida slapped the frame of the door in anger. “Two? That’s all? Haven’t the rules been enforced?”

“Yes, lady. The islanders continue to have babies.”

“Then why only two?” she demanded, coming close before Pallax, close enough to see the many dirty boils on his skin, smell his fetid breath, though she ignored these things in her anger.

“It isn’t the babies, lady. There are enough to make four, maybe five.”

“Then why only two?”

“It’s the lions, lady,” Pallax said, hands spread with palms up. “As you know, they’re hard to hunt. And they hide. And of course, they are very dangerous. But we simply are not finding as many. It may be that the island is running out of lions.”

Occida scoffed. “Must I think of everything, you buffoon? Capture any lion you can, and bring it here. Specifically, find both males and females. Turn the courtyard into a zoo. But keep them alive, keep them fed, and keep them well. Most importantly, breed them. Make as many as you can, as fast as you can.”

“Yes, lady.” Pallax practically groveled before her. “But, of course, that will take time.”

Occida looked away. Time. Everything took so much time. Well, she had waited this long. She wasn’t about to give up just because things were slower than she’d like. “Make sure these live,” she said, gesturing toward the new creations behind her. The long flowing part of her dress brushed against Pallax as she swept past him and out of the room.

“Yes, lady,” he called after her, looking into the third chamber.

On the ground, there was no longer any trace of the bear or lizard or eagle or blood. Even the baby was gone.

Curled and naked, alone in the room, was the nearly-finished form of a Ku Suru warrior.

Pallax called out for the slaves to assist, the ones who always hid themselves when Lady Occida appeared. They gathered up the warrior’s still-changing body, and placed it on a rolling cart, then pushed it out of the chamber toward the rooms where it would learn to walk, eat, talk. Despite Occida’s magic, more time was needed. Each warrior needed time before it could be sent to the training grounds, and then more time still before it would be ready to fight.

Yes, creation was hard, even for Pallax. In the empty chamber, waiting for the slaves to return so they could retrieve the other two newly-made Ku Suru, Pallax thought to himself.

Where am I going to find more lions?